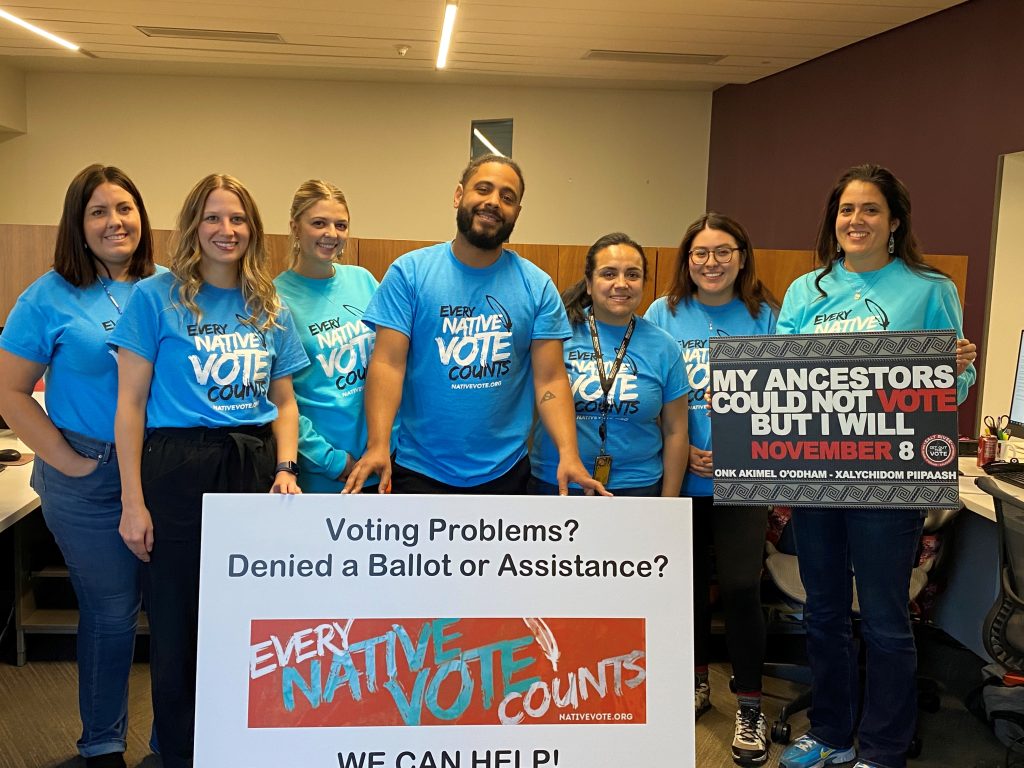 2022 is another year that has seen Arizona Native voters and their rights disproportionally challenged on the ballot. “Native advocates say voter ID rules in Proposition 309 could disenfranchise Arizona Indigenous voters,” said Native Vote fellow Torey Dolan (’19) in her interview with the AZ Central. The article discusses the impact that Proposition 309 will have on Tribal communities if passed. Proposition 309 would limit the forms of identification that are acceptable for in-person voting and would eliminate many forms of Tribal identification that voters currently rely on.

Despite this ballot measure and redistricting issues, the Indian Legal Clinic’s Native Vote Election Protection team organized and strategized with its partners to remain steadfast leading up to Election Day. Dolan presented at the Tribal leaders meeting hosted by the Inter Tribal Council of Arizona and discussed the propositions’ impacts on Tribal communities and Native voters. 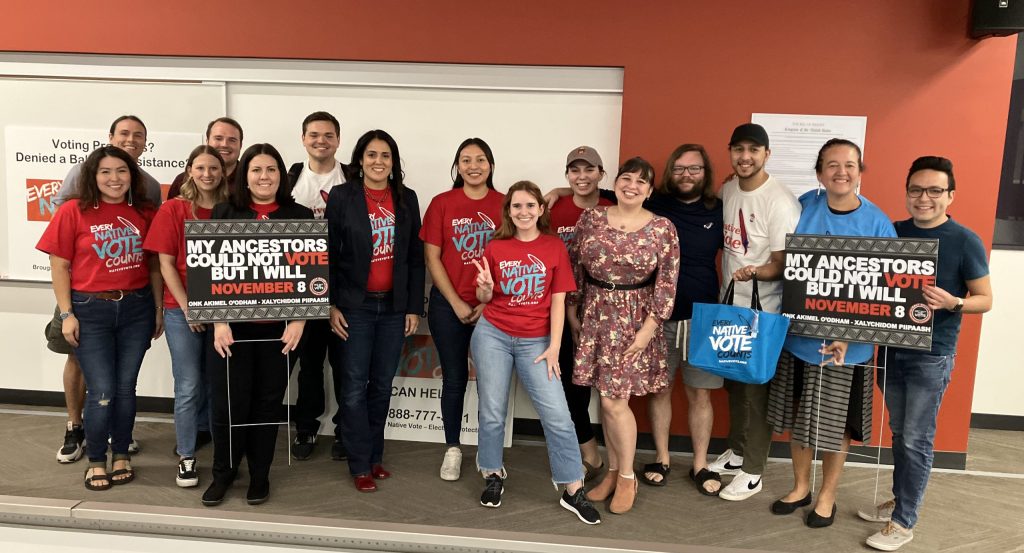 Thank you to all volunteers, advocates and allies for serving as Election Protectors and organizing the Native Vote power! With your help, we were able to assist voters through the hotline and in the field, ensuring that Native voters were able to cast ballots free from intimidation and without undue challenges. This year’s ILC Native Vote leadership team includes dedicated ILP Native Vote Fellows Torey Dolan (’19) and Blair Tarman-Toner (’20), student attorney leads Mallory Moore (3L) and Autumn Shone (3L), and student attorneys Chad Edwards (3L), Brittany Habbart (3L), Michael LaValley (3L), and Ruben Zendejas (3L), under the supervision of Professor Patty Ferguson-Bohnee. 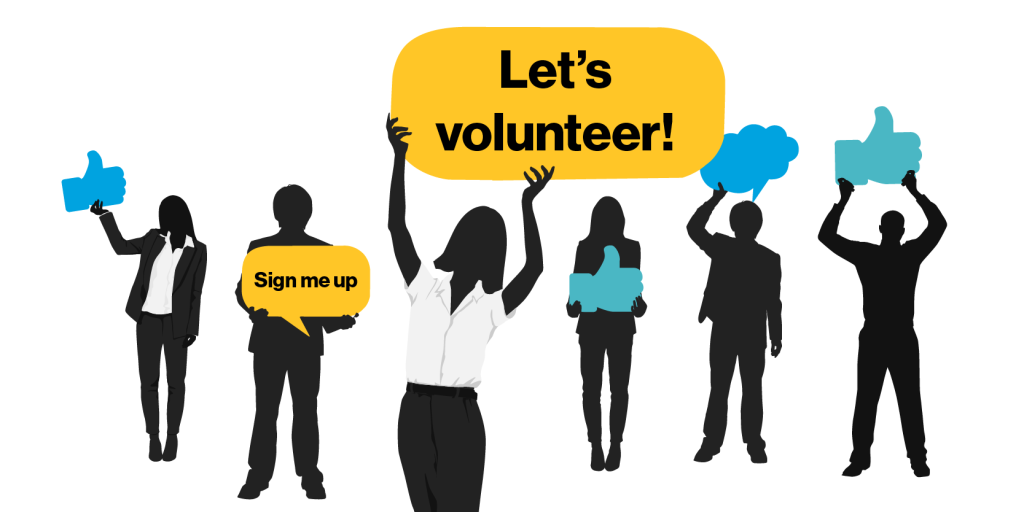 Are you interested in making a difference in Arizona Native American communities this voting season? If you are interested in volunteering on Election Day, November 8, sign up for one of the volunteer training sessions. 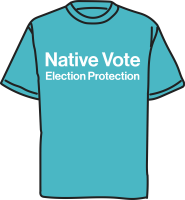 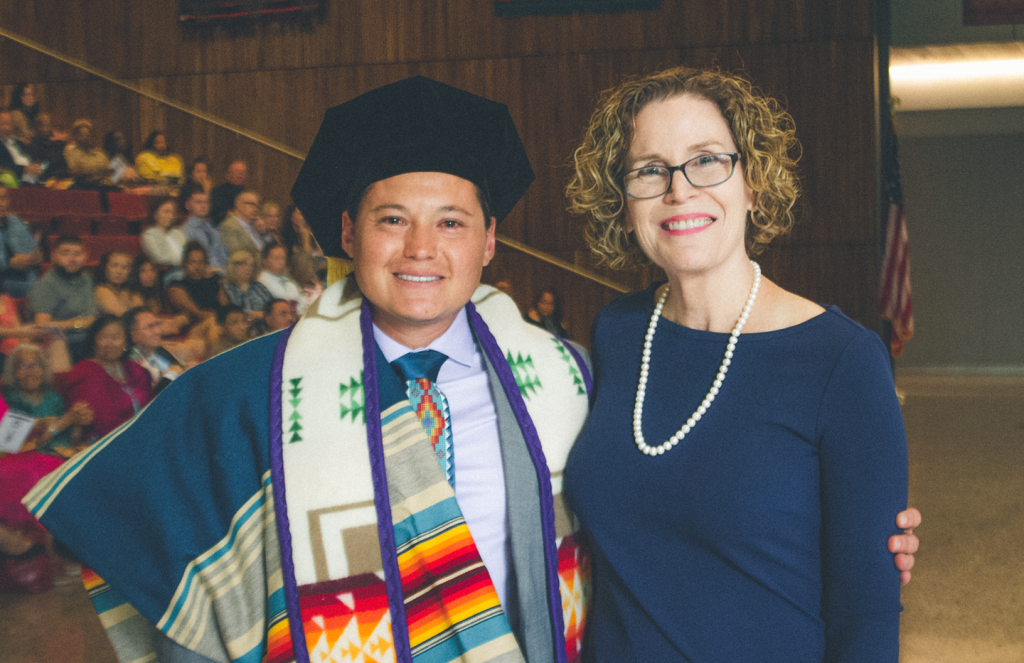 This year, Professor Helen E. Burtis (’07) helmed the Indian Legal Clinic while Professor Patty Ferguson-Bohnee  sharpened her focus on other projects on sabbatical. During the academic year, eleven student attorneys worked over 3600 hours handling 22 cases covering a variety of subjects and venues, including tribal, state, and federal courts. Some of the accomplishments that students realized on behalf of their clients included assisting an elder to officially enroll in her tribe after a lifetime of paperwork complications, creating bylaws for a nonprofit funding youth in the arts, and successfully starting or concluding several appointments of personal representatives in probate cases. Students also researched and recommended options to protect tribal land, to recover expenses for services not performed, and to recover debts. 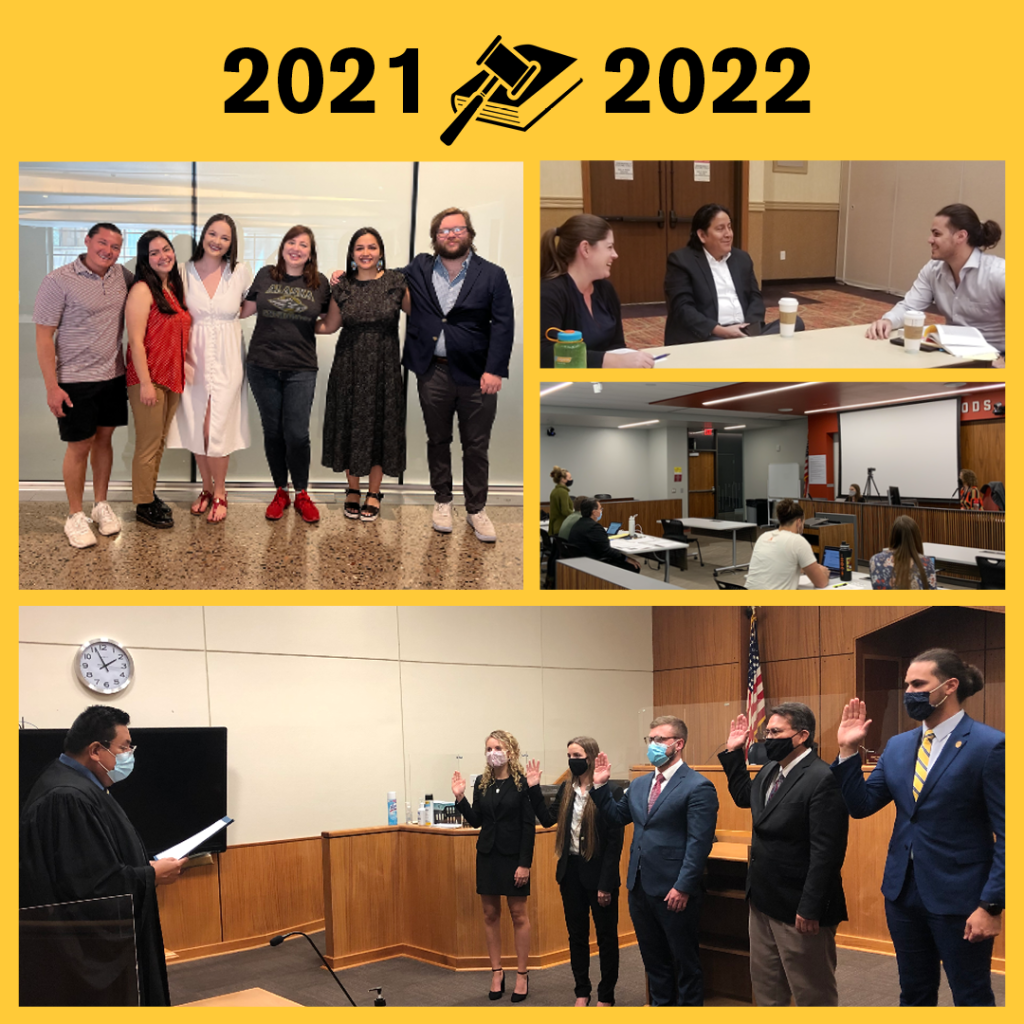 In March, this team remotely provided another first Wills Clinic from ASU Law to the Mashantucket Pequot Tribal Nation in Connecticut. 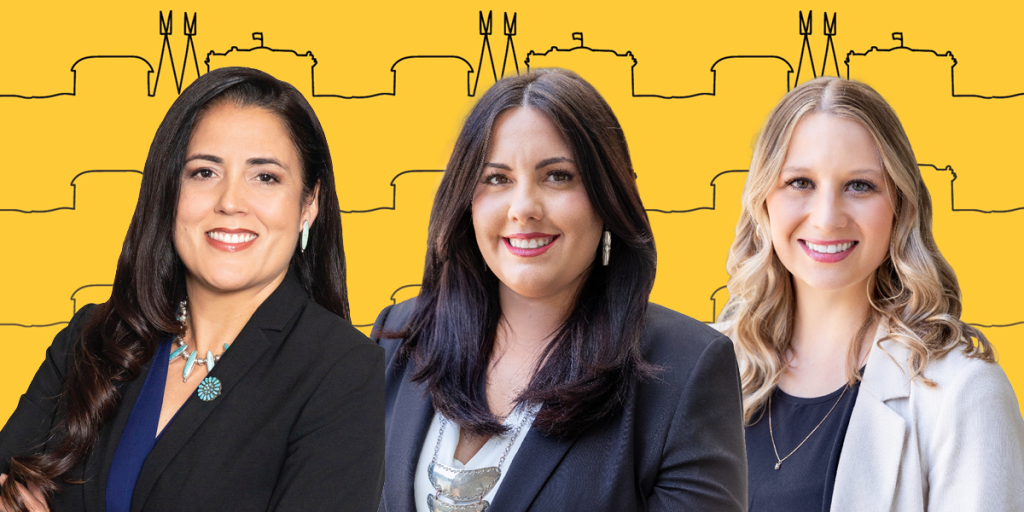 This year, Professor Patty Ferguson-Bohnee and Native Vote Fellows Torey Dolan (’19) and Blair Tarman-Toner (’21) worked on a variety of voting rights issues. The goals of the Arizona Native Vote Election Protection Project at ASU Law for this year was to: analyze the 2020 election cycle, track democracy developments in the state legislature and with the Arizona Independent Redistricting Commission, and prepare for the upcoming midterm election.

Mapping & Redistricting
The U.S. Constitution requires states to redraw their congressional and state legislative district boundaries every 10 years following each decennial Census. The goal of redistricting is to protect the constitutional right to “one person, one vote” by ensuring that each district has approximately the same number of people. In Arizona, the Independent Redistricting Commission (IRC) is tasked with redrawing the State’s congressional and state legislative districts.

Why It’s Important for Arizona Native Voters
Ensuring that the redistricting process remains fair is critical for Native American voters in Arizona, as it determines whether voters can elect their candidates of choice into state and federal offices. The redistricting process ultimately determines access to resources as well as a communities’ political representation.

ILC Redistricting Efforts
Tarman-Toner joined the Native Vote team as a Native Vote Fellow and hit the ground running by tracking the Arizona Independent Redistricting Commission as they redrew the State’s congressional and legislative districts. Tarman-Toner tracked the Commission’s deliberations over the course of its fourteen decision-making meetings as well as tracked the public comments made at thirty-two public hearings. The ILC created a redistricting guide, regularly presented to Tribes regarding the redistricting process, and assisted Tribes in drafting public comments. The ILC submitted oral and written testimony regarding compliance with the Voting Rights Act, maintenance of a strong Native American majority-minority district, and respecting reservation boundaries as communities of interest.

Litigation
In September 2021, the Pascua Yaqui Tribe reached a settlement with Pima County to restore  an in-person early voting location on the reservation. This provides voters living on the reservation an opportunity to vote in-person early, safely, and in their community just as other Arizonans have voted across Pima County for the past four years. The settlement agreement also provides for cooperation on voter registration and outreach. Student attorneys at the time Aspen Miller (’21), Jens Camp (’21) worked with Ferguson-Bohnee and Dolan to prepare for the preliminary injunction hearing in Fall 2020.

Testimony and Reports
The Native Vote Election Protection Project actively to protect the rights of Native American voters in Arizona. On October 27,  Ferguson-Bohnee testified at the “Voting Matters in Native Communities Hearing” before the Senate Committee on Indian Affairs. Native Vote Fellows Dolan and Tarman helped prepare the testimony that was delivered to the Committee.

Legislative Analysis
Throughout the 2022 Legislative Session, Dolan and Tarman-Toner tracked bills impacting the right to vote and identified 142 democracy-related bills in the Arizona State Legislature—72 in the Senate and 70 in the House of Representatives.

Outreach
The ILC coordinated with its voting partners, Tribes, and counties to address issues in anticipation of the 2022 election cycle. As members of the Arizona Native Vote Coalition, the ILC worked with ITCA and All Voting is Local to host and present at monthly Native Vote Strategy Sessions. In addition to strategic planning for 2022, Dolan and Tarman-Toner regularly provided legislative analysis and updates to Tribes at the sessions.

On May 4, the ILC joined the “May the Vote Be With You” event organized by Angela Salazar-Willeford (MLS ’22) and hosted by her tribe Salt River-Maricopa Indian Community and ITCA.

In response to a special action petition filed in the Arizona Supreme Court challenging the constitutionality of early voting in Arizona, Patty Ferguson-Bohnee and Judy Dworkin (JD ’86) represented the Inter Tribal Association of Arizona, Inc. (ITCA) in an amicus brief in the case. The amicus explained the history of Native American disenfranchisement in Arizona, that early voting is constitutional, that all early voting options are needed to address the unique barriers experienced by Native American voters, and that eliminating drop boxes and in-person early voting may expose Arizona to federal litigation. Native Vote Fellows Dolan and Blair Tarman-Toner (’20) assisted in drafting the brief.

We appreciate our valuable Native Vote partners and the ongoing efforts that impact our voting power. 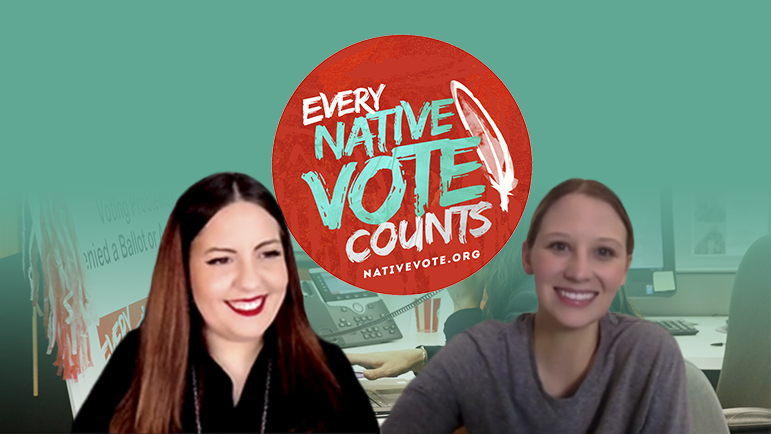 Last month, the Arizona Native Vote Communications Working Group made its return. Native Vote Fellow Blair Tarman-Toner (’21) attended the group’s meeting, and she will participate in the planning and organizing of election education and outreach materials to share in tribal communities as the group continues to meet regularly.

ASU Law’s Indian Legal Clinic has continued working on the Native Vote policy project since Arizona’s legislative session began last month. Native Vote Fellows Torey Dolan (’19) and Tarman-Toner will continue tracking bills that impact voting and will inform tribes as to how particular bills impact their tribal members. So far, the Indian Legal Clinic has identified 142 democracy-related bills in the Arizona Legislature – 72 in the Senate and 70 in the House of Representatives. Additionally, the clinic has continued its work with other voting rights organizations through the Arizona Voting Rights Defense Coalition.

The Indian Legal Clinic is preparing to present at two upcoming meetings of the Inter Tribal Council of Arizona to discuss barriers to voting in Indian Country and the upcoming elections.

Additionally, the Arizona Independent Redistricting Commission certified the state’s congressional and legislative maps. Tarman-Toner will continue tracking the county-level redistricting process. The county-level district lines must be finalized by July 1.