These Indian Law Scholars joined forces and co-authored an article “Tribal Nations and Abortion Access: A Path Forward,” forthcoming in the Harvard Journal of Law and Gender. Currently available on the SSRN. This article outlines the legal realities of providing abortion care in Indian country, particularly in the context of avoiding state prohibitions. Abortion care is a fundamental human right of Indigenous people. The ability to safely end a pregnancy is consistent with Tribal conceptions of autonomy, privacy, and individual self-determination.

The Indian Legal Clinic represented the appellants in the United States Court of Appeals for the Ninth Circuit (Case no. 21-35230, Newtok Village v. Andy Patrick) in an appeal from the United States District Court for the District of Alaska that involved defending tribal sovereignty from unlawful intrusion by federal courts.

On behalf of their clients, the clinic appealed an adverse permanent injunction issued by the District Court of Alaska and argued that tribal sovereignty to resolve intratribal disputes prevents federal courts from intervening on such matters and that the District Court of Alaska lacked jurisdiction. On December 22, 2021, the Ninth Circuit unanimously agreed with the appellants’ arguments and vacated the district court’s orders. Judge Richard C. Tallman wrote the opinion, concluding, “Continuing to enforce the permanent injunction here risks the federal court’s impermissible involvement in interpreting the Tribe’s constitution and laws.” 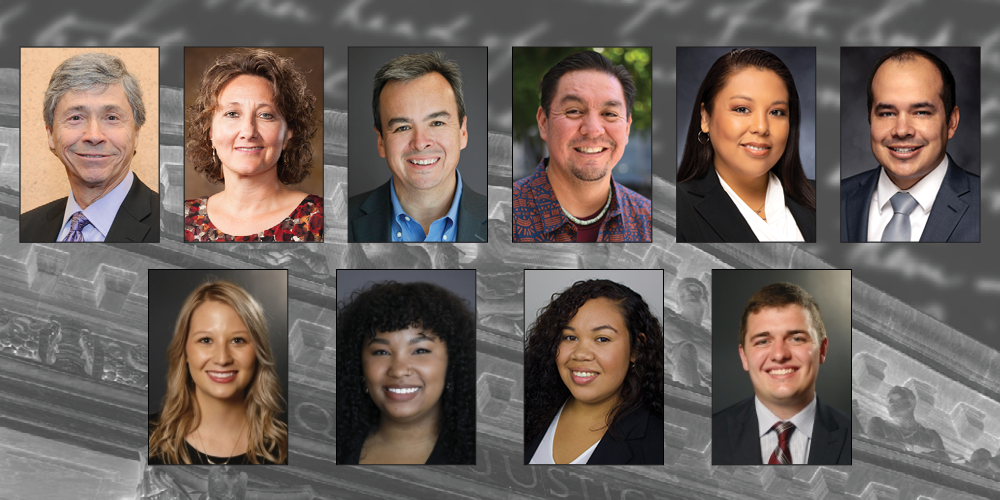 On July 9, 2020, the Supreme Court issued its decision in McGirt v. Oklahoma and affirmed that the Muscogee Creek Nation’s reservation was never disestablished. The majority opinion strongly affirmed what Native people have known: Treaty rights are the Supreme Law of the land and do not fade with time. This historic decision is a strong vindication of the Muscogee Creek Nation’s treaty and a promising decision for all treaties.

From this monumental and victorious decision, people of the ILP quickly took action and poured their energy into their work.

In his interview with the Voice of America (VOA) News, Professor Robert Miller (Eastern Shawnee) stated, “The Court is upholding this 1832 treaty that the Creek Nation signed with the United States, and is holding the United States to those promises.” Watch full video here. Miller also presented, “McGirt v. Oklahoma: Understanding the Decision and its Implications for Indian Country” for the Oregon Historical Society. Watch Miller’s presentation  here.

Professor Larry Roberts (Oneida) said, “today’s decision is a significant win for the Muscogee (Creek) Nation and for Tribal Nations across the country. With the Muscogee (Creek) Nation facing opposition from the Trump Administration, this Court made clear that treaties mean something – that they are the supreme law of the land,” in his article for ASU’s American Indian Policy Institute blog. Read blog more here.

“This opinion was not given without opposition, nor does it bar Congress from breaking the treaties in the future,” said rising 2L Taylor Norman (Muscogee Creek). “What it does mean, however, is that rather than kneel to lazy reasoning or racist objection, the Supreme Court of the United States did not break any treaties today.” Read Norman’s full piece here.

The McGirt decision sparked many conversations across Indian Country and to help bring further awareness and understanding, the Indian Legal Program hosted a case overview. “The most significant Indian Law case of the century: McGirt v. Oklahoma” webinar was held on Thursday, July 23. 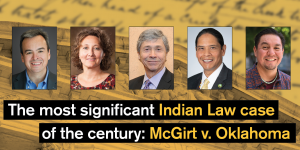 In November, 1L Ashleigh Fixico (Muscogee Creek Nation) presented on a panel “We Hold the Government to Its Word: A Conversation about McGirt v. Oklahoma.”

Since the McGirt decision, ILP’s Federal Indian law experts Professor Leeds and Professor Miller have been called for consultation.

Professor Miller who not only published his articles, also presented multiple times. Review the full list of his participation here.

This opinion was released during great strife due to the COVID-19 pandemic and continuing racial injustice, but it has brought renewed hope that in this modern era of self-determination for Indian Country the courts will continue to vindicate the rights our ancestors thoughtfully secured for us.

Listen to Kevin Gover on NPR about the on the NMAI’s exhibition on the Inca Road Builders!

Please Join Us!  Please help us spread the word about this important conference .

Tempe Attorney Howard Shanker, who represented the Navajo Nation and others in litigation opposing the use of reclaimed wastewater for snowmaking on the San Francisco Peaks, will be speaking to Joe Feller’s Natural Resources Law Field Seminar on Thursday, May 10, at the Sandra Day O’Connor College of Law at 2:00 p.m. in Room 110. ILP Faculty, staff, students and alum are all invited to attend.