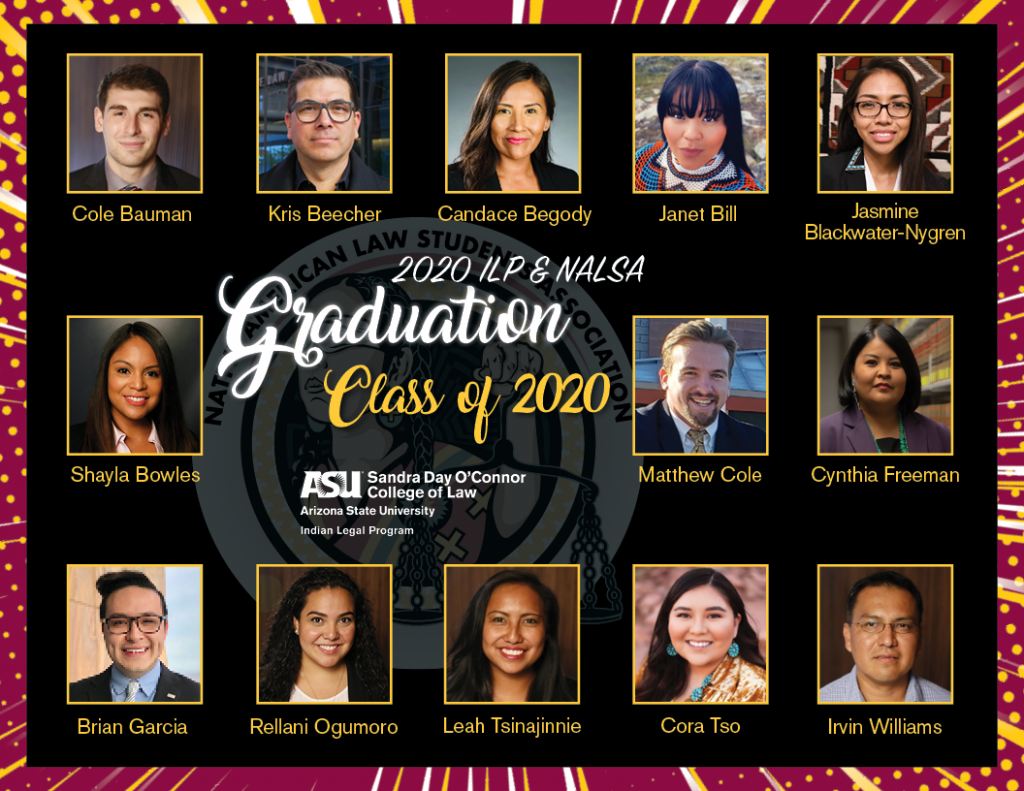 The ILP would like to invite the #ILPFamily to join us in celebrating the graduation of this year’s ILP students. Our virtual ceremony will be broadcast live via YouTube Premiere on  May 13 at 1:30 p.m. (MST)

If you are unable to join us at that time, you may watch the video at a later time on the premiere page.

Set your reminders, post your congratulatory messages, live chat and tune in to watch our students graduate!

END_OF_DOCUMENT_TOKEN_TO_BE_REPLACED

Applications are being accepted for a vacancy on the Superior Court in Maricopa County created by the appointment of Judge Susan M. Brnovich to the U.S. District Court, District of Arizona.

A signed original application with all attachments, and a searchable .pdf version of the application and attachments must be submitted to the Administrative Office of the Courts, Human Resources Department, 1501 W. Washington, Suite 221, Phoenix, AZ, 85007, by 3:00 p.m. on November 19, 2018.

One of the powerful findings of this study is that Native Americans often feel invisible and share an overarching perspective that their experiences are not valid or real. In addition to documenting the failure of traditional diversity and inclusion efforts to reach Native American attorneys, the study sheds light on unique challenges facing American Indians. Native Americans are clearly behind even other underrepresented groups in terms of inclusion, retention, and representation.

Highlights of the research include:

For more information and to view the full report and the executive summary, go to http://www.nativeamericanbar.org/native-american-attorney-study/.

In case you missed the lunch lecture given by Elizabeth Medicine Crow yesterday, you can listen to the audio recording click here.

A new project  regarding development of the judiciary.  The program is a year long, that fosters relationships between persons who are considering a role on the bench and either sitting/retired judges.

In the spirited exchanges over treatment of cases and doctrines, Bob was not shy about expressing his views, and more than held his own with more senior colleagues.  His razor sharp analytical powers were on display from the start.  It became my lifetime goal to stay on the right side of that blade.  Over the next twenty years, I had occasion to learn from Bob’s many law review articles, including his classic explication of Indian country criminal jurisdiction – to this day called a “maze,” a term Bob coined – and his original designation of federal Indian policy as “colonialism.”

Some of the arguments about treatment of particular cases and doctrines, especially arguments between Bob and me, could get intense.  Rebecca became very adept at ducking.  But it was all done with respect and affection, and out of concern to make the casebook the best possible instrument for teaching federal Indian law.  We even included a tribal court opinion that Bob had written, and proceeded to critique it in the Notes.

Congrats also goes out to the following ILP Alums:

Kevin Gover – Moving beyond the “imaginary Indians” perception at http://www.washingtonpost.com/opinions/fred-hiatt-moving-beyond-the-imaginary-indians-perception/2014/09/21/ea1ee614-3f3b-11e4-9587-5dafd96295f0_story.html