“Climate change is one of those things that can uproot all people,” said Lickers, environmental science officer for the Mohawk Council of Akwesasne in Ontario, Canada, one of the Haudenosaunee peoples. “We’ve been concerned about climate change for a long, long time.” Read the full article Tribal Cultures Under Water – Falling Through Thin Ice.

Picayune Rancheria of the Chukchansi Indians

Tribal Attorney, Oakhurst, C.A. Serves as an in-house legal advisor, representative, and counselor. Job application and job description can be located at www.chukchansitribe.net.

Attorney II, Office of Public Defender, Toppenish, W.A. Serves as attorney for the Yakama Nation Public Defender Office and is responsible for providing professional legal representation and advice to Tribal member clients in Tribal, State and Federal Court systems or administrative agencies as assigned by the Lead Attorney Program Manager. Applications may be made to the Yakama Nation Human Resources Department at the Yakama Nation website. Now open until February 5, 2018. Previously posted in #57.

Note: Job vacancies are compiled and posted on Fridays to Turtle Talk. If you would like your Indian law job posted on Turtle Talk, please email indigenous@law.msu.edu.

We seek an exceptional and entrepreneurial leader capable of and passionate about dedicating their time, energy, and full skillset to growing the Commission into its full potential. The ideal candidate will have experience creating and growing a new organization, preferably one related to Native issues. Experience in land management planning, working with federal agencies, working with tribal nations, and working in collaborations that reach across interest groups is desired. Familiarity with the Bears Ears region and the Colorado Plateau, demonstrated success with fundraising, and supervisory experience are all highly desirable. Above all, we seek an individual willing to put full heart, energy, and intellect into this work to realize the promise of the Bears Ears National Monument, both for the Commission and all Tribes.

Location: Flexible – The residence of the executive director may be located in a community within a three hour drive of the Bears Ears. There is a strong preference for the director to be located in Durango or Cortez, Colorado or in a town in San Juan County, Utah. This position will require extensive travel, mostly in the Southwest.

Compensation: Competitive, commensurate with experience (expected range between $80,000 – $100,000). The Bears Ears Tribal Commission applies Native American Preferences in its hiring practices. We are launching the organization using a two-year contractor structure for all positions, with a vision of building a stand-alone organization with full-time benefit eligible positions at the conclusion of the two years. 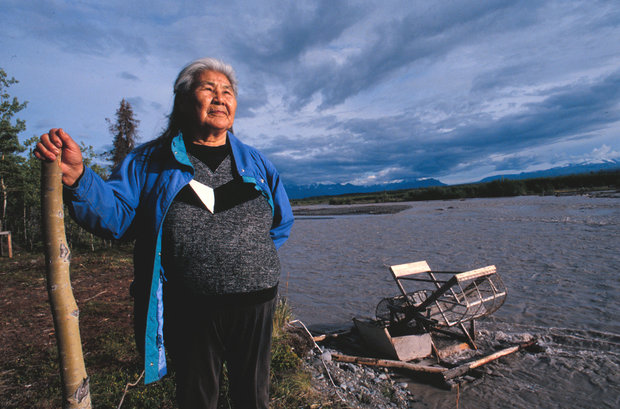 The ILP alumni awards are now open. Nominate your classmates and friends! The ILP Awards include Professional Achievement, Alumni Service Award, and Emerging Leader Award. Nominations are due February 19, 2018! Nomination materials should be sent by email to: Kate.Rosier@asu.edu. Awards will be presented at the ILP alumni reception at Fed Bar on April 5th at Talking Stick Resort.

ILP Emerging Leader Award – This award acknowledges and encourages service to Indian Country and the ILP by alumni who are less than ten years out of law school. The award recognizes outstanding achievements in their professional career, volunteer work, and promotion or support of the ILP and/or ASU NALSA. Nomination Package Requirements.

ESSENTIAL FUNCTIONS: Essential functions may include the following tasks, knowledge, skills and other characteristics. This list of tasks is ILLUSTRATIVE ONLY, and is not a comprehensive listing of all functions and tasks performed by positions in this class.

MINIMUM QUALIFICATIONS/EDUCATION: 1) An attorney in good standing licensed to practice law in the State of Arizona; 2) Two (2) years legal experience working for a federally recognized Indian tribe or in the area