The person to be hired will undertake legal representation for members of the Gila
River Indian Community (GRIC) in civil actions involving family law matters,
consumer cases, housing, benefits, wills, and estate administration. Practice will
primarily be before the Gila River Indian Community Court with additional work in
the Pinal and Maricopa Superior Court systems.

Position Summary:
The Director of the Cultural Resources Director is charged with developing long-range plans andstrategies to highlight and promote the cultural identity of the Cowlitz Tribe. The Director will actively seek to cultivateand maintain local, regional, and national relationships that advance Cowlitz identity and the mission of the Tribe. TheDirector will maintain and promote Cowlitz image and reputation, while protecting Cowlitz traditional knowledge andintellectual property.

In this position, you will become a key member of the legal team for The Office of The Chief Counsel. Typical work assignments include:

Big Fire Law & Policy Group LLP is seeking candidates with 5-10 years of litigation experience to join our metropolitan Omaha, Nebraska office. The right candidate will have the opportunity to work on cases in a variety of areas including constitutional law, environmental law, real estate, employment, tax issues, corporate/business matters, and complex federal, state and tribal court litigation at both trial and appellate levels. 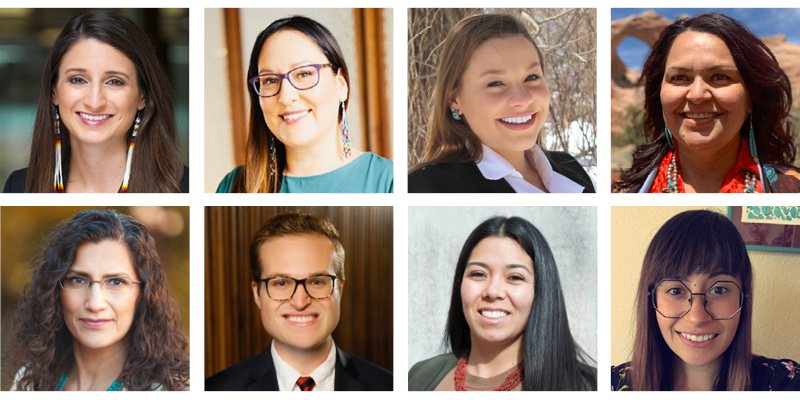 The Pre-Law Summer Institute (PLSI) Judicial Clerkship Committee that includes ILP alumni teamed up and created the Judicial Clerkship Handbook to advise and encourage Native American law students interested in judicial clerkships across all levels of courts, including tribal courts.

Q:  What is the importance of this project?

A: This Judicial Clerkship Handbook is a product of the Pre-Law Summer Institute (PLSI) Judicial Clerkship Committee, which consists of current and former Native American judicial clerks. The Handbook provides the unique perspective and advice of such judicial clerks about the sometimes mystifying judicial clerkship application process and is targeted toward Native American pre-law and law school students. Such students comprise an important audience because Native Americans are vastly underrepresented as not only judicial clerks but also as judges in America, and there has long been a connection between clerking in the judiciary and eventually becoming a judge.  It is, therefore, essential that Native Americans are able to obtain clerkships and thereby participate in the pipeline to the judiciary. Ultimately, the Handbook seeks to improve America’s judicial systems by ensuring the rich diversity of the American people is reflected in such systems, including the people indigenous to this land.  The Handbook also includes robust sections discussing tribal court clerkships, ensuring that students are made aware of such clerkships and funding opportunities as well as ensuring that tribal courts are included in the discussion about judicial systems in America.

Q: What made you decide to create the handbook?

Q: What are you most anticipating moving forward with this project? 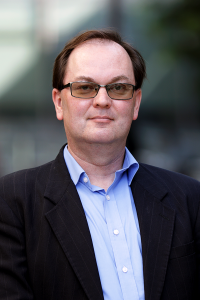 This upcoming summer, the Indian Legal Program (ILP) is expanding the Master of Legal Studies (MLS) program with a new course on civil jurisdiction in Indian Country. Paul Spruhan joins as faculty associate of the Sandra Day O’Connor College of Law. Spruhan is the Assistant Attorney General for the Litigation Unit of the Navajo Nation Department of Justice in Window Rock, Arizona.

This new course compliments the current curriculum offered to ILP students enrolled in the MLS program as it will allow an in-depth and comprehensive study on the foundational laws that have shaped civil jurisdiction in Indian Country today. This course will examine the relationship between the circuit courts and the United States Supreme Court in the development of binding case law that directly impacts the reach and impact of tribal sovereignty.

“Issues of civil jurisdiction in Indian Country are complex but vital for the development of tribal sovereignty,” said Spruhan. “This class will discuss the important federal cases and statutes and apply those cases to real world situations, so that tribal leaders and others within and outside Indian Country can understand the framework created by federal Indian law to make the important policy decisions that affect tribal communities.”

Professor Ann Marie Bledsoe Downes (Winnebago Tribe of Nebraska) is the Director of the Masters of Legal Studies for ILP and works on the development of curriculum for the Indian Gaming and Tribal Self-Governance programs for the MLS and LL.M programs. Professor Bledsoe Downes is excited to expand ILP’s online Federal Indian Law courses for the MLS program. There are now three Indian law MLS emphasis areas and this new course developed and taught by Spruhan is an important addition to each of these study areas. “Paul’s expertise in this area and talent for the online classroom are the perfect fit for the Indian Legal Program and our new Indian Gaming and Tribal Self-Governance Programs,” said Bledsoe Downes. “We also anticipate MLS students from other emphasis areas pursing this course, which is a great way to expose more of our student body to the field of Federal Indian Law and to improve understating of tribal governments and tribal sovereignty.”

Starting out the semester with big news and a big win for Arizona State University!
Click Here