The Hopi Tribe is seeking attorneys for its Office of General Counsel. The Assistant General Counsels work on a wide variety of legal issues in the course of advising the Hopi Tribal Council in carrying out its legislative and other governmental responsibilities. The attorneys will assist the Office of General Counsel in meeting the Tribe’s litigation, economic development, administrative, and sovereignty objectives. The attorneys must have substantive experience in Federal Indian Law and have the ability to work effectively with tribal leaders and community members. The Tribe prefers that applicants have five or more years of experience. Applicants must be a member of the Arizona State Bar or able to become a member within one year of taking the position. This position will remain open until filled or withdrawn. To apply, please send letters of interest with a resume and a self-edited writing sample to: Scott Canty, Office of General Counsel, The Hopi Tribe, P.O. Box 123, Kykotsmovi, AZ 86039. Electronic submissions in Word format will be accepted and can be sent to scanty0856@aol.com. For any questions, the Office of General Counsel can also be reached at: 928-734-3140; fax: 928-734-3149.

Yavapai-Apache Nation located in Camp Verde, Arizona is hiring for the following position:

CHIEF JUDGE
The Chief Judge presides over and ensures the proper operation of the Yavapai-Apache Nation Tribal Court. The Chief Judge is the primary judicial officer of the Tribal Court and is the administrator of the Nation’s Courts: Tribal and Appellate.

To apply and see a full job description, contact Yavapai-Apache Nation, Human Resources at (928) 567-1062 or email resume to dkplunkett@yan-tribe.org

INDIAN PREFERENCE:
Preference will be given to qualified applicants who are members of a federally recognized Indian tribe.Successful candidates must pass a drug screening and background check. 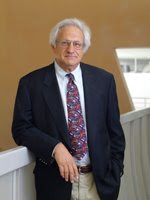 Professor Paul Bender of the Sandra Day O’Connor College of Law will give his annual review of U.S. Supreme Court cases during “Horizon,” airing at 7 p.m. on Thursday, July 24, on KAET-TV Channel 8. Bender is expected to address several major rulings of the court, including one pertaining to the Washington, D.C., handgun ban and its upholding of habeas corpus for GuantÃ¡namo Bay prisoners. He also will discuss the court’s upcoming session and the impact that the outcome of the presidential race will have on the court’s makeup. The program will be repeated on Monday, Aug. 18.

Titla & Parsi PLLC is looking for an attorney with 1 to 3 years of Indian law experience. If interested, please contact Steve Titla. The contact info is listed below.

For application, job description, or submittal of completed application contact the Department of Personnel Management.