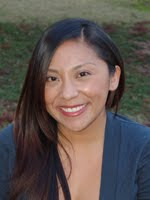 Nikki Borchardt, Class of 2009 graduate of the College of Law and member of the Paiute Tribe of Utah, recently emceed her tribe’s Queen and Princess Pageant at the Restoration Gathering, according to the story, “Paiute Tribe celebrates Restoration Gathering, commemoration” on thespectrum.com, a Web site managed by The Spectrum newspaper. The Restoration Gathering was a weekend-long celebration commemorating the restoration of the Paiutes as a recognized American Indian tribe. The pageant showcases modern as well as traditional American Indian talents.
Borchardt, the first of her tribe to receive a law degree, is quoted as explaining, “In the 1950’s we lost the right to our land, health services and fiduciary protection, among other things. In 1980, the Federal Restoration Act restored the relationship with the government and we were able to put our land back into trusts and be recognized as a tribe again.”
Borchardt participated in Moot Court competitions at the law school, was awarded the Honorable William C. Canby Jr. Scholarship, earned both a Juris Doctorate and a Certificate in Indian Law, and graduated with pro bono distinction.