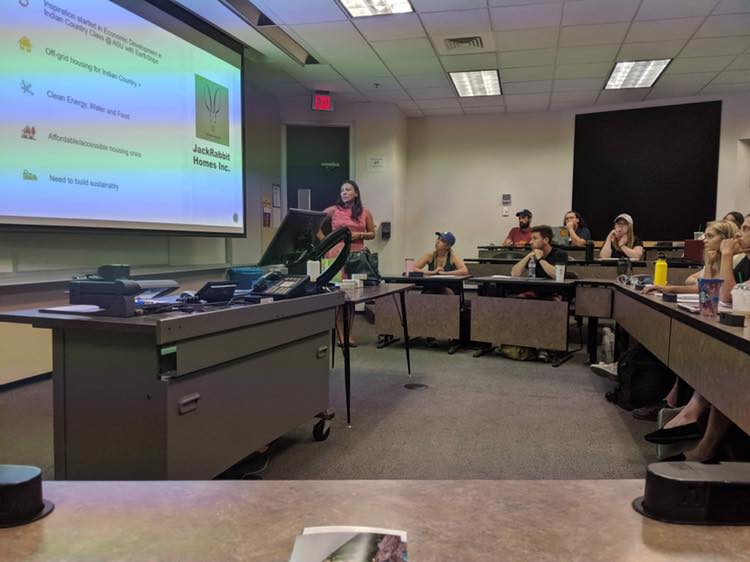 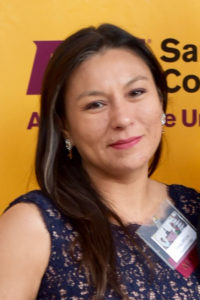 Ahtone is the president of JackRabbit Development, LLC and the executive director of JackRabbit Homes, Inc a registered 501(c)3. Her company focuses on sustainable community building in order to save client’s money and help save the environment. With both a for-profit and non-profit program, Ahtone said they are able to hit all sectors of the market with emphasis on education on food, water and energy, which are especially important to be addressed in Tribal communities taking sovereignty into account.

Ahtone earned both her JD and MLS degrees from ASU Law, and she was the first ever to complete both degrees in 2014. She said her degrees helped her create a network and give her more authority and credibility in her career. She highly recommends that students network while at ASU Law.

She also encourages students to not be afraid to pursue other career paths with their degrees or think out of the norm with their expertise.

“Don’t be discouraged if what you want to do is different,” Ahtone said. “At one point in my last year I had decided that I thought it would be a good idea to focus on marijuana law. It was a really new subject and was almost taboo to discuss with anyone. When I finally got the courage to discuss with someone I was practically ostracized for even mentioning it. That person, a dean, was the fool. Just as I predicted marijuana law is a huge booming market, and had I just followed my instinct and not be chastised at the law school, I would likely have been a marijuana law expert at this point.”