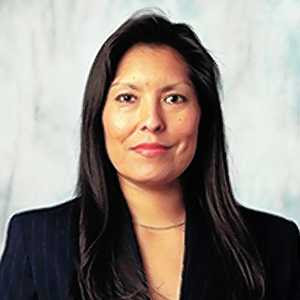 Alumna nominated for U.S. Attorney – Diane Humetewa
President Bush on Thursday nominated Diane J. Humetewa, a 1993 graduate of the Sandra Day O’Connor College of Law, to serve as U.S. Attorney for Arizona. If confirmed by the U.S. Senate, Humetewa, a member of the Hopi tribe, would be the first Native American appointed to the position.
Humetewa is the senior litigation counsel and tribal liaison in the Arizona U.S. Attorney’s Office and serves as an appellate court judge for the Hopi Tribal Court.
Humetewa, 42, told the Associated Press that she was “extremely honored” by the nomination, but declined to comment further, saying it was too early in the process.
Patricia White, dean of the College of Law, said Humetewa is an excellent choice. “She will bring professionalism, experience and a caring sensitivity to this position,” White said. “She will carry on the strong tradition of excellent U.S. Attorneys for Arizona, including her immediate predecessor Paul Charlton, his predecessor Jose Rivera, and his predecessor Janet Napolitano. They all brought exceptional talent and professionalism to the post. This is the tradition that Diane Humetewa inherits and will continue.”
Rebecca Tsosie, executive director of the Indian Legal Program, said Humetewa is an excellent choice. “Diane Humetewa has outstanding academic credentials and extensive experience as a prosecutor,” Tsosie said. “I cannot think of another person who has Diane’s depth and range of experience as a federal prosecutor and her familiarity with the many programs encompassed within the U.S. attorney’s office. “I cannot think of another individual who has the same combination of intellectual brilliance, outstanding lawyering skills, impeccable judgment, high ethical standards, commitment to professionalism, and the ability to build consensus and understanding among diverse groups. Diane Humetewa will be an excellent U.S. Attorney for the state of Arizona, the Native Nations within the southwest, and for the entire country.”
Humetewa, who served as a counsel to the U.S. Senate Committee on Indian Affairs from August 1993 to March 1996, when Sen. John McCain, R-Ariz., was chairman of the panel, has been an Assistant U.S. Attorney for six U.S. Attorneys.
She was recommended for the nomination by Sens. Jon Kyl, R-Ariz., and McCain to fill the position vacated by Paul Charlton, one of eight U.S. attorneys ousted in a controversial purge of the Justice Department. Daniel Knauss has served as the interim U.S. attorney since January. “Diane has demonstrated a devotion to public service and commitment to justice, and I believe she is uniquely qualified to address legal issues in the state of Arizona,” McCain said in a statement released on Thursday. “During my chairmanship on the Senate Indian Affairs Committee I had the opportunity to work with Diane and witness her dedication to serving Americans, commitment to justice and incredible work ethic. These qualities will serve her well as the next U.S. Attorney for Arizona. I urge the Senate Judiciary Committee to consider this very capable nominee as soon as possible and allow the full Senate to swiftly confirm Diane as the first Native American to serve as a U.S. Attorney.”
Kyl also expressed his support. “I am pleased that President Bush today nominated Diane Humetewa to the role of U.S. Attorney,” Kyl said. “I believe her background as a prosecutor, crime-victims advocate, and years of public service make her an outstanding choice to become the next U.S. Attorney for Arizona. I congratulate her, and join with Senator McCain in urging for her swift confirmation.”
Charlton told The Arizona Republic that he and Humetewa have discussed the job in recent months, and he feels she is a “perfect fit.” “I tried a case with Diane about 10 years ago, and it was there that I saw this extraordinary combination of outstanding prosecutor and an individual with a clear moral compass who understood what was right and demonstrated good judgment consistently,” Charlton said. “One of the qualities you need to be a U.S. attorney in Arizona is to have a great deal of sensitivity to issues in Indian country, and no one has been better able to exemplify that than Diane.”