New Podcast Interview – Press Freedom in Albania and Beyond: “A Government Without Newspapers, Or Newspapers Without a Government.”

Pedro Pizano and Albi Cela. Pedro is the Northwestern-McCain Public Interest Legal Award Fellow at the McCain Institute for International Leadership. Albi is the International Rule of Law and Security Program Fellow at the Sandra Day O’Connor College of Law at Arizona State University in Washington, D.C.

“The basis of our governments being the opinion of the people, the very first object should be to keep that right; and were it left to me to decide whether we should have a government without newspapers, or newspapers without a government, I should not hesitate a moment to prefer the latter.” This is how Thomas Jefferson, one of the founding fathers of the United States of America, described the importance of press freedom in a letter addressed to Edward Carrington back in 1787. For Jefferson, it was of vital importance to have a free press, so that it could check the government’s power. Today, however, governments around the world, including in Albania, prefer the former.

Press freedom in Albania has historically been threatened. For nearly half a century, under the rule of the communist dictator Enver Hoxha, the press was censored and strictly controlled by the state. The fall of communism brought a certain degree of freedom, but government critics were beaten up and newspapers were closed under political pressure. Today, nearly three decades later, the press is still not free, despite current Prime Minister Edi Rama’s history as an advocate of press freedom. He himself was once beaten up around 1997 because of his writings critical of the Berisha government. 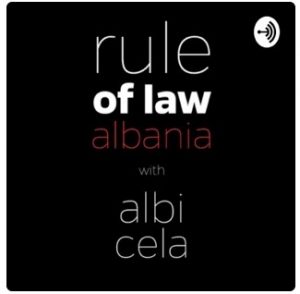 The Rama administration’s use of smear tactics against journalists and its push to enact draconian laws have led to the deterioration of press freedom in Albania.

In the latest episode, we analyze and apply the European press and religious freedom standards, the standards found in the Universal Declaration of Human Rights and the International Covenant on Civil and Political Rights (ICCPR) (and its General Comment 34), the American standard, and the Soviet standard. We also discuss the history of freedom of speech, two cases from the European Court of Human Rights, and two cases from American free-speech jurisprudence (New York Times Co. v. Sullivan and Brandenburg v. Ohio). Finally, we analyze the Albanian law under the four-pronged test of the ICCPR.

As emphasized by Pedro during the conversation, Albania should use as a point of reference the already established principles and norms of speech and press freedom. At the same time, it should work on building up its own standard, which should consider the social and cultural elements of the country. As highlighted by a previous guest speaker on the podcast and referenced by Pedro: “Albanians have an exceptional tolerance for faith and ideas, but they are some of the most stubborn people in the world.”

You can listen to the 54-minute-long podcast episode here on Anchor and here on Apple Podcasts where you can subscribe as well.

You can read our op-ed here in English at BIRN, at the McCain Institute, here in Albanian, and here in Italian.